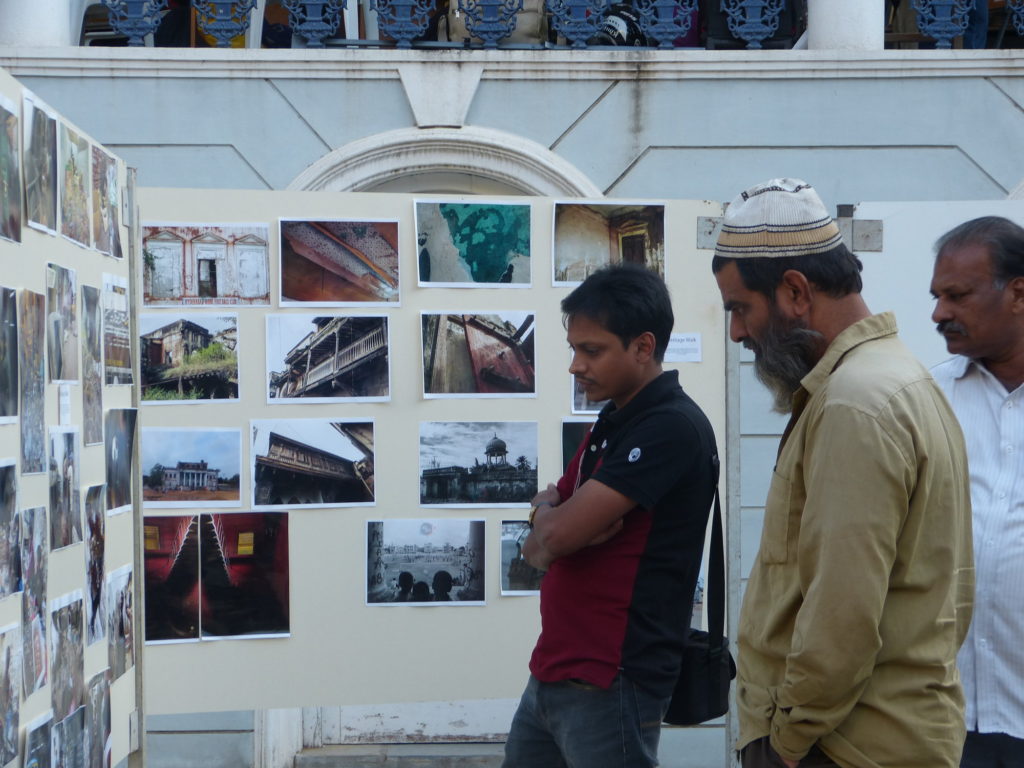 Urban Lab was a fledgling urban research programme, some of us based in Hyderabad got together to discuss the possibility of organising an urban event that would truly reflect the diversity of life in our cities. The immediate impulse for this came from a vague dissatisfaction with the disconnect between technology and social life. People seemed to equate technology with multi-storeyed buildings with glass and steel facades. In Hyderabad this wafer-thin understanding of technology seemed  to be centred in the Western side of the city – by then known as Cyberabad. Our freewheeling discussions involving artists, activists, hackers, planners and very many people who just preferred to be known by their first names – opened up many questions.

As we tried to address these questions in practice, Do Din began to shape up:

The event created a sense of belonging for many and organizing it again became a responsibility.

By the middle of 2014, we began receiving inquiries from people about plans for the Do Din 2014, we realized that we had triggered something in the city’s imagination. Do Din 2014 again brought together a range of urban experiences and renewed our commitments. The year after that we were just not able to pull together the event again, but here we are again at the end of 2016.

The event itself belongs to the public, to the city although HUL does have certain privileges. Hyderabad Urban Lab feels a strong sense of ownership towards Do Din. But it is not a proprietory ownership. It is the kind that a curator feels towards the assemblage that is put together by the artists. It is the kind that a custodian feels – a matter of trust. For Hyderabad Urban Lab, Do Din is an occasion to renew our faith, reassess ourselves and find new directions in our work even as we recognise our limitations and the constraints we work with.

Each Do Din is slightly different from the previous ones. This year, we note that there is an overwhelming sense of exhaustion, weariness, and uneasy watchfulness all around us. As we approach the end of the year, many of us seem to feel that the world in 2017 is going to be significantly different from what it was when we began this year – geo-politically, locally and nationally.  We need to reflect on all this at Do Din. But we want to anchor that reflection in a broader theme of well-being.

What exactly will be happening at Do Din 2016 ?

We will be posting soon, the contexts in which these questions will be thought through at Do Din this year. Please be there. And of course you will be seeing more art installations curated by Avani Rao Gandra, hearing poetry from Gauhar Raza…